The video screening is a collaboration between the two artist collectives. The entire duration of all the works is approximately 40 minutes. AREOLE Art Collective was founded in 2012 and currently has five members. Our collective examines gender boundaries and identities through media art. Bunny Collective has 16 members who based in the UK and Ireland. The collective examines the experience of being a woman in the era of advanced technology: how to be online and offline? Both collectives have now combined their powers, and the first collaboration has been debuted in Tactic Cork Gallery, Cork, Ireland. The screening consists of works where different representations of womanhood can be seen. The most important recurring theme are social and gender-related norms that restrain – they need to be taken down, or at least we need to find a way to live with them. In Hinni Huttunen’s work Fitting guide we see the classical portrayal of woman fragmenting and culminating to images in H&M catalog. In Auri Mäkelä’s work Genderless the everyday street life is seen through an agender person’s experience. The video includes many classical symbols and figures of dualism, gender, balance, and the lack of them. Samantha Conlon’s work The Young-Girl Blames Herself is a digital collage where imagery of tabloid journalism gets mixed to that of social media and scenes of scripted reality, addressing a young woman’s ubiquitous existence in mass media. 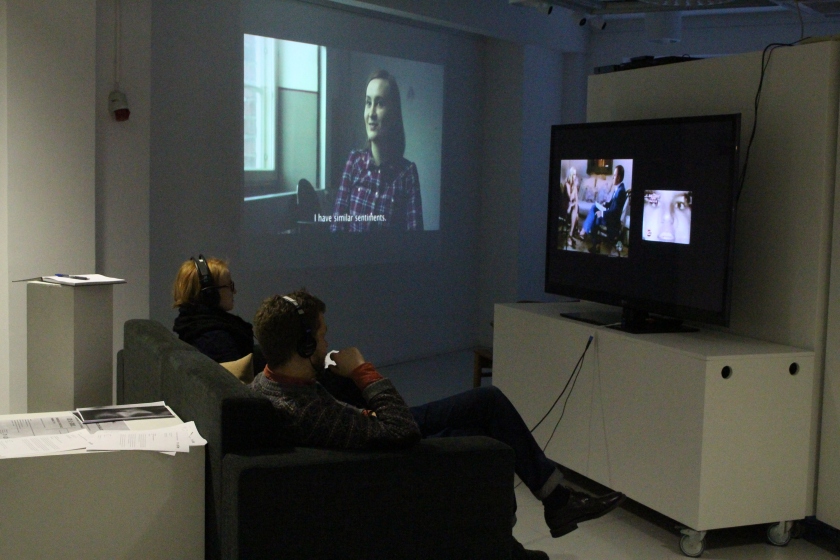 ”AT THE PARTY, I WRITE WORDS ON BALLOONS”

A series of 7 video works
Produced by:
Artist collectives AREOLE, based in Tampere, Finland
& BUNNY COLLECTIVE based in Ireland / UK